Share a memory
Obituary & Services
Tribute Wall
Read more about the life story of Bernard "Barney" and share your memory.

Bernard Patrick “Barney” Lindsay was born at St. Anthony’s Hospital in Pendleton, Oregon on March 12, 1971, but made it home just in time to celebrate St. Patrick’s Day in Heppner, the annual event where he could be seen with his characteristic grin every year since.

Barney’s big and generous heart gave out on October 19, 2022; he died suddenly at the Lindsay “home ranch” at the age of 51. The fifth of nine children born to Larry and Corrine Lindsay of Lexington (His siblings thought every family station wagon had a “Barney Hole,” the cargo area behind the third seat),

Barney was a farm boy through and through. The scar on his hand was from just one of many climbing escapades around the farm shop and haystacks, and he went without front teeth from an early age (too much curiosity around cattle and gates) and had to wait for his permanent teeth to grow into his wide grin. The young Barney adored farmhand Al Winkelman, who used to hold him on his knee while driving a tractor across the wheat fields. Barney insisted on wearing only his “same-as-Als,” the striped overalls that Al favored. Barney tended the family sheep flock— its bloodline a legacy that traces back to “Little Barney” Doherty, his great grandfather, one of the early Irish sheepmen in Morrow County. Barney had a special relationship with his Grandmother Rosella Doherty Lindsay, which included hot breakfasts and special meals made just for him.

Barney attended school in Heppner, participated in and excelled at football, basketball, and track. He was active in FFA, serving as officers at both the local and district levels, and received the prestigious national “American Farmer” award. After graduating from Heppner High School in 1989, he attended Blue Mountain Community College obtaining a degree in General Studies while serving in student government. He often took his elderly (mostly female) Pendleton relatives and their friends out to dinner and would get them laughing hysterically with his teasing and self-deprecating humor. After graduating from BMCC, Barney earned his bachelor’s degree in Ag Education from the University of Idaho, then taught agriculture and served as FFA advisor first at Hermiston High School and then at Heppner High School. He also coached junior high track and continued for several years even after leaving teaching and returning to the family farm full-time.

Barney wore many hats, both literally and figuratively. Perhaps you knew him with his battered and grease-stained cap that he wore around the farm, or a crisper (and cleaner) version for coaching and attending his kids’ track meets and ball games. Or maybe you remember him wearing his black felt cowboy hat, busting his buttons with pride watching Princess Kaelyn, his eldest daughter “jump the rail” at the Pendleton Roundup. Or perhaps you wondered about his fedora which carried on the legacy of his grandfather Alex—who also died too young—and his namesake, great uncle and godfather, Bernard P. Doherty; both wore similar hats. Or maybe you knelt beside him, bareheaded, at Mass at St. Patrick’s Catholic Church in Heppner, or St. Mary’s in Pendleton, or St. Andrew’s in Mission. . . Or maybe you joined him at a Morrow County School Board meeting, or a Morrow County Grain Growers Board meeting, or a Morrow County Soil and Water Board meeting, or for a beer at Bucknam’s. Barney knew many people and cherished his friends.

His greatest love, though, was his family. He could not be prouder that: his daughter Kaelyn just earned her master’s degree in social work, just like her mom, his beloved wife Kimberly; his son Alex, who recently finished his bachelor’s degree in history, is now working on his master’s in teaching at the University of Wisconsin in Madison; his son Brian is serving our country, our state, our communities in the Army National Guard; his daughter Catherine just nailed her serves at the Heppner Colts’ volleyball game he attended last week. It is so hard to say goodbye to this man who was husband, father, son, brother, friend and “Uncle Barney” to countless nieces and nephews. But Barney was a man of faith and what St. Augustine said in the early years of Christianity is true today: We are an Easter people and Alleluia is our song. Until we meet again, Barney, rest in peace.

A rosary will be prayed at St. Patrick’s Catholic Church in Heppner, Thursday, October 27, at 7 pm. The Funeral Mass will be the next day, Friday, October 28, at 11 am (also at St. Pat’s) followed by a reception at the Heppner Elks on Main Street. Concluding service and burial will take place at 4:30 p.m. at the Olney Cemetery in Pendleton, Oregon.

Any memorial contributions can be made to the Heppner FFA, PO Box 67, Heppner, OR 97836.

To send flowers to the family or plant a tree in memory of Bernard "Barney" Patrick Lindsay, please visit our floral store. 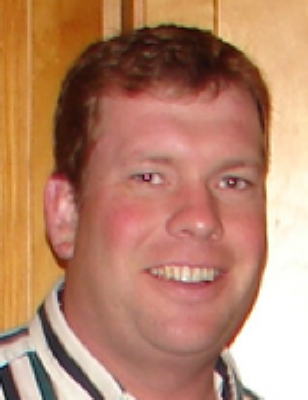 You can still show your support by sending flowers directly to the family, or by planting a memorial tree in the memory of Bernard "Barney" Patrick Lindsay