Share a memory
Obituary & Services
Tribute Wall
Read more about the life story of Calvin and share your memory.

Calvin Allen Sherman passed away peacefully with family by his side on October 16, 2022 at the age of 88.

Calvin was born November 8, 1933 in Heppner, Oregon to Allen and Irene (Aiken) Sherman. When Calvin was approximately five years old, his family moved to Cordova, Alaska where his father worked as a fisherman. Calvin had fond memories of his childhood in Cordova, specifically being in the outdoors, camping, fishing, swimming and boating. He even had a ‘pet’ seal that would come into the harbor.

When Calvin was around twelve years of age, his parents divorced and Calvin moved, with his mother and grandmother, to Seattle. He delivered papers by bicycle and enjoyed a lot of freedom to roam the streets of Seattle. Calvin’s father purchased a car for Calvin when he was only 15 years old. Shortly thereafter, Calvin began to travel to Heppner for weekends to visit his aunt and uncle, Ora and Harold Evans, at their ranch outside of town. He loved Heppner so much that, at the age of 17, he moved there to work with Uncle Harold on the ranch.

Calvin met Beverly Burnside while she was working at the Morrow County Fair. It was love at first sight and the couple married on December 11, 1952. They had three children; Ron, Barbara and Janice. After leaving the ranch work behind, Calvin worked for Stone Machinery with his father-in-law, Charles Kirk. He worked on Caterpillar tractors throughout Morrow and Gilliam counties. In 1968, Calvin and Beverly purchased the Atlantic Richfield gas station on Main Street in Heppner. Through the years the station evolved through many brands, eventually becoming Cal’s Service Center. Cal and Bev sold the station in 1998 and have enjoyed a long retirement.

Calvin was the epitome of a family man. He loved taking his children, and then grandchildren, camping and boating. Cal and Bev were members of McNary Yacht Club for over 50 years. Another favorite family vacation was Disneyland. Cal and Bev traveled with their children on many trips to the theme park. Calvin had a special fondness for Mickey Mouse and his pickup even sported the license plate- MICKEY.

He was a lifelong member of the Heppner Elks lodge. He acted as exalted ruler from 1972-1973 and also acted as the lodge sponsored Easter Bunny for 30 years. Most people will remember Calvin for his wit, his kindness and his good-natured spirit. Somewhere along his way, he began an interesting habit of placing smiley face rocks inside his kids and grandkids shoes, which they would discover as they were trying to put the shoes back on. That evolved into openly passing out his rocks to others. He has graced many members of the Heppner community with his gift of a smiley face rock. We all cherish our ‘Papa Rocks’.

He is survived by his wife, Beverly, and his three children; Ron (Mercedes), Barb Watkins (Gary), Jan Huddleston (Mark), seven grandchildren and two great grandchildren. He is preceded in death by both his parents.

To send flowers to the family or plant a tree in memory of Calvin Allen Sherman, please visit our floral store. 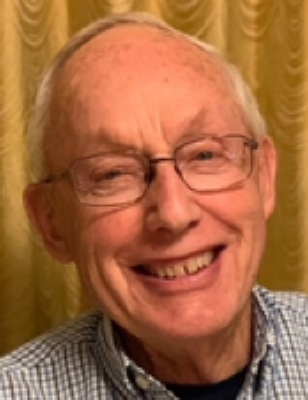