Share a memory
Obituary & Services
Tribute Wall
Read more about the life story of Kenneth and share your memory.

Kenneth Monroe Howard, age 87, of Heppner, Oregon passed away peacefully on September 8, 2022 from heart failure. Kenneth was born on July 21, 1935 in Tonkawa, Oklahoma to Walter Augustus and Myrtle Francis (aka Verda Pearl) (Griffith) Howard. Kenneth was the 4th of 8 children and was the last survivor of all of his siblings.

When Kenneth was in his mid-teens he moved to Oregon to live with his aunt and uncle. He worked for many local farmers and ranchers before enlisting in the Marines on September 30, 1955. Kenneth spent four years in the Marines and then returned to Heppner. He married his first wife Carolyn in 1960, and they had four children - Kenneth Lee, Craig Stephen, Tammy Marie, and Matthew Shane. They later divorced and he married Maureen in 1979, who brought four children with her - William Jay, Lynn Dee, Dawna Ann, and Scott Ray. Kenneth and Maureen had their final child together, Stormy Jo, in 1979. This made a family of nine children. It was definitely a motley crew at times, but it was never about DNA for Kenneth, it was simply being a great dad, and he was the best to all nine of them.

Kenneth was known to many by a host of names: Kenneth, Kenny, Ken, but his most important names were dad and grandpa. With nine kids there were numerous grandkids that followed, and great grandkids; he loved them all, and even some that called him grandpa who had no relationship with the family; he simply loved kids.

Kenneth spent most of his working life at the Kinzua Mill. When he wasn’t working, you could find him in his woodshop building all sorts of wooden furniture. It was a hobby he loved. Along with his woodwork he loved attending all of his kids and grandkids functions. He was involved with taking his kids to wranglers and rodeos, and never missed a game for any of the kids whether it be football, volleyball, basketball, baseball, softball, rodeo, etc. He was always there to cheer them on. When he could find spare time, he had a passion for fishing and hunting with his sons and grandsons, and he may have enjoyed a beer or two now and then! His family meant everything to him, and there was a lot of family to love. He leaves a huge hole in the hearts of his family.

A special thank you to all of the staff at Guardian Angel Homes assisted living facility in Hermiston. They cared for dad as if he was truly their dad/grandpa, we couldn’t have asked for a better place, or care team, to help him in his last year of life.

To send flowers to the family or plant a tree in memory of Kenneth Monroe Howard, please visit our floral store. 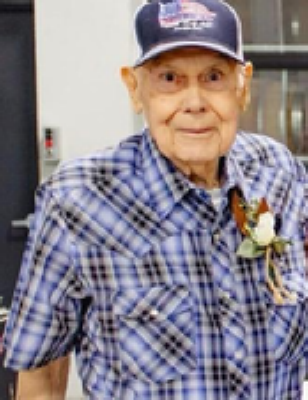